Dear Truck Driver: Reflections from a former driver about how incredibly close we all are to the horror of human trafficking

You are here: Home / Blog / Driver Safety / Dear Truck Driver: Reflections from a former driver about how incredibly... 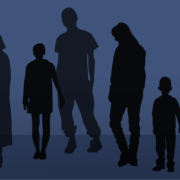 Over the years, Luma has created courses that are fundamentally important to society.  The subjects of abuse and domestic violence have touched many on our team and are areas that we are always looking to do outreach to help others who have or are struggling. Recently, it was brought to our attention by our Director of Learning Services, Megan Hensley, the issue of trafficking in the trucking industry. We asked one of our subject matter experts who was a driver her experience with it.  This was her perspective.  Contact us at info@learnwithluma.com to learn more about LUMA and our DRIVE FIRST orientation product for drivers.

I am privileged to be a subject matter expert for Luma and just completed writing training materials on human trafficking. As is often the case, I learned a great deal from my research. Even more, this topic touched me deeply.

In 2000, my husband and I left our careers in long-term care and went to truck driving school to get our CDL’s. Like many truckers, we thought it would be fun to earn money while seeing the country. After graduation, we drove for a fleet owner who had trucks with a well-known ground expediting company. After a year, we bought our own truck.

As an expediter, we never knew where we were going until a couple of hours before we hit the road. And as a team, we did a lot of overnight driving – the world is a very different place at 3 AM. Although we usually stayed at major truck stops while on layovers, sometimes the only available option was a locally-owned facility or a highway rest area. I was usually comfortable in the chain facilities and found them brightly lit, with friendly staff, security cameras and even a good restaurant. That was not always the case, however. There were times I would not have considered going to the restroom or the shower area without my husband. Some places did not feel safe or welcoming and we usually didn’t stay long.

One thing I learned while on the road was that sometimes, someone would knock on the door of the truck selling something. It might be a CD or a piece of gold jewelry or a special windshield fluid. Sometimes, it was a person offering “company”, the euphemism for sex for money. I learned the phrase “lot lizard” and that it referred to prostitutes who worked the truck stops.

Back then, I had a lot of misconceptions. I assumed the people, usually women, offering sex were adults, that they were there by choice and that they were well-paid. I even assumed that this was the way some women fed their children. It was often dark, and I never looked into the eyes of the people offering sex. It never occurred to me that they might be children who had been kidnapped, enslaved and sold. After all, I had seen “Pretty Woman”, “North to Alaska” and even “Gunsmoke”. Each included a beautiful, happy, strong-willed prostitute who was neither harmed nor victimized by her profession.

Looking back, I also recall seeing young girls in truck stop restrooms who were overly thin, dressed provocatively and who looked sad and tired. I suspected they were being abused in some way. I naively thought they were being misused by a boyfriend or parent and that nothing could be done.

You see, I didn’t know about human trafficking back then. In fact, when I agreed to write a training module about it, I thought it was about human smuggling. Human smuggling is when a person is taken across a national border illegally. I thought of being in Laredo or El Paso and how a trucker could be lured into a scheme to move people across the border. I thought about security measures, like making sure the cargo area of your truck was always padlocked.

As I learned, human trafficking is much more horrific and heartbreaking. Watch the “Truckers Against Trafficking” video of a young woman who at 14 was abducted from a fast food restaurant, abused and sold for sex. I struggle now with knowing that I saw and may have been able to help a victimized young person escape from a life of degradation and terror. How I wish I’d had a hotline number to call. 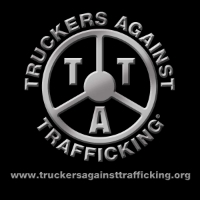 The organization “Truckers Against Trafficking” speaks of “Everyday Heroes” – those who take action when they suspect human trafficking. I was a truck driver and I train truck drivers for a living. I know that most are goodhearated people who are willing to help. If you see anything that looks like human trafficking, call the hotline (888-373-7888) and make a report. You don’t have to be right; the authorities will figure it out. What’s important is that you see what’s in front of you and make the call as I wish I had done.