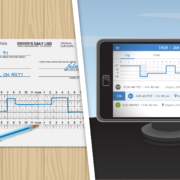 Background: Since their inception, the Hours of Service (HOS) rules have been contentious. Most recently, as carriers adapt to the precision of Electronic Logging Devices, the trucking industry have called for additional HOS flexibility to improve efficiency while preserving safety. To more fully understand industry concerns, the Federal Motor Carrier Safety Administration (FMCSA) conducted numerous listening sessions and issued an advance notice of proposed rulemaking during the summer of 2018 asking stakeholders specific questions and requesting additional data on ways to improve flexibility while maintaining safety.

It is in this context that FMCSA has proposed significant changes to several elements of the HOS rules including: the 14-hour rule; the short haul exception; the 30-minute rest break; the split-sleeper berth rule; and the adverse driving conditions exception.

Split Sleeper Berth Rules (49 C.F.R. §395.1(g))
FMCSA proposes to allow drivers using the split-sleeper-berth exception to split their off-duty periods into two off-duty periods provided one is at least two hours and the other involves at least seven consecutive hours spent in the sleeper berth. In other words, 8 & 2 and 7 & 3 splits would be allowed.

Adverse Driving Conditions Exception (49 C.F.R. §391.1(b)(1))
FMCSA proposes drivers who encounter unexpected adverse driving conditions would be allowed to extend their 14-hour driving window by an additional two hours to complete their run for the day.

It’s important to note these are proposed rule changes, which may or may not be finalized. This process could take a year or more. If finalized there will be a transition period likely measured in months, before they would become effective. Keep in mind that any future HOS changes would affect not only fleets and drivers, but also ELD vendors who will need to write and test new software code before implementing the changes.

Luma, leaders in the learning industry, are partnered with Scopelitis who are context expert leaders in the transportation industry. This partnership will ensure that our clients stay up-to-date on all the industry regulations and news.